the reasons for A state command or state Commander 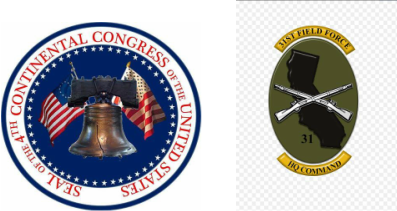 Click this ...
The reason for a having a State Commander is not so there is anyone person in charge and telling units what to do, but to have public face on the Militia. the State Commander is there help units coordinate operations through confirmed Intelligence providing logistical coordination and support when deployment occurs it also provides a conduit for those Sheriffs willing to uphold their oath of office  . If the sheriff need Militiamen he can get hold of the State Commander,that State Commander can reach out convey that message of the Sheriff to units  .Most Units have not consider any facts of life when long term deployment occurs i.e internal conflict or foreign invasion units are going to run out of food, medical supplies, ammunition and other necessities I call the triple BBB -beans bullets and bandages where are these units going to get resupplied that is a question every unit in California should be asking I have addressed that issue and
as State Commander .
About your State Commander
Colonel B Hunt started in the Militia 21 years ago in a line unit as a private or what we call as an M1 serving  as  unit medic in the  original Costa Mesa Corps before becoming its unit commander.
Colonel hunt then Lieutenant  made some changes to the unit turning it into medical detachment with the creation of a new company of Militia .The State Commander of that time period Colonel Joel Wilson
asked Lieutenant Hunt to come to his command staff as State Medical Commander with the rank of Major bypassing rank of Captain which he has held for 14 years during this early period State Medical Command was developed the first Militia unit to develop a website
SMC came out of Costa Mesa Corps became 31st Field Forces Alpha detachment 10 years later 31st FF Alpha became 31st Field Forces
Headquarters Command . During this time frame Colonel Hunt then a major quietly trained new medical units for other states put new units together Colonel Hunt recieved order and notification from the Defense secretary 4th Continetal Congress and Secretary of 4th Continenal Congress General William Flatt and Mike school both which signed documented orders appointing and promoting Major Hunt to Colonel , currently Colonel Hunt has the support of three Militia units and two sheriffs. Colonel Hunt has a total dozens upon dozens of training exercises and five deployment under his belt of which four were on the US/Mexican Border
A message to all loose Militia units in California
I have worked tirelessly to try and build bridges between state command and loose units you still maintain either no interest
or lack of respect or both when will you people take your head out of your rear end and recognize the need of such a system of organization
within the Militia system  I carry my orders from the Act of 4th Continental Congress whether people want to recognize such an act is a moot point, Again i maintain where are you going to go for Tactical advise Logistical support ,when the Bean Bullets Bandages run out ?
I have long supported that the State Command is a
Command - Information ,logistics system we dont want to tell your units what to do. Where will you get extra radios where are you going to find a field hospital when needed when your own medics are to busy or been killed or injured. You people have not even ask me for an MRAP report let alone a Drone report of which my staff has put together comprehensive reports . my phone and email is public information im not hiding so dont tell anyone you dont have Colonel Hunt's number . " We should all hang together or we  certainly shall all hang separately" Benjamin Franklin . To reach the State Commander
call  Colonel B Hunt 714 495 6718 or email at statecommander31st@protonmail.com